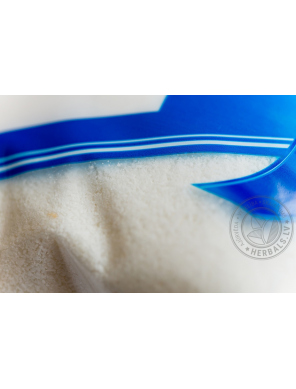 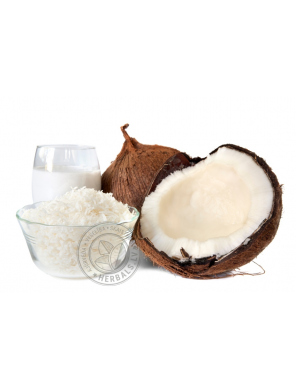 Coconut Flour is a great and healthy alternative to many flours made from wheat and other grains. Coconut flour is high in fiber yet easy to digest. With 5 grams of figer and only 8 grams of carbohydrates per 2 tablespoons. Another reason why those on a paleo diet and those on diets low on carbs use Coconut Flour so much.

When dried, the coconut flesh is called copra. The various parts of the coconut have a number of culinary uses. Desiccated coconut or coconut milk made from it is frequently added to curries and other savory dishes. Coconut flour has also been developed for use in baking.

It’s one of the healthiest flours available – grain flour such as wheat, barley and spelt contain gluten which is very difficult to digest. Even gluten free flours are often inflammatory due to the carbohydrate load. Because coconut flour is not a grain-based flour, it is non-inflammatory and low in carbs.

It boasts healthy fats – coconut flour contains fats from coconut oil, which are primarily medium-chain saturated fatty acids (MCTs). MCTs have been shown to improve metabolism and are used for energy, not stored in fat tissue. Unlike other nut and seed flours, like the commonly used almond flour, coconut flour is very low in omega-6. Omega-6 is inflammatory when consumed in excess, which is why I advocate only occasional use of almond flour.

Benefits of Baking with Coconut Flour

Combine the wet ones into a separate bowl and add 4 tablespoons linseed poweder with water. It`ll ensure our coconut flour brownies are moist and not dry and chalky. Be sure not to include the caramel sauce in the wet ingredients!

Once all your ingredients are mixed up in their respective bowls, combine them together in one bowl to form a smooth batter.

Pour the batter into a greased pan for easy removal later. Organic butter, ghee or coconut oil are all good options for this. Add an extra layer of chocolate chips and/or walnuts to give it a richer decadent taste!

Once you’ve got them evenly distributed, then pop the pan in the oven for 25 to 30 minutes.

While these coconut flour brownies bake (and your kitchen begins to smell delicious), whip up your homemade caramel sauce. Be sure to let the sauce simmer and thicken. If it looks too watery, give it a few more minutes.

Finally, remove your brownies from the oven and resist the urge to gobble them down immediately. Instead, let them cool and then drizzle with the freshly made caramel sauce. Now they’re ready. Enjoy!

Place coconut milk, coconut sugar and honey in a saucepan. Bring to a boil and then reduce the heat and allow to simmer for 15 minutes.

Add in coconut oil, vanilla and sea salt and mix. Place in fridge and allow mixture to cool completely before serving.

SUPERFOODS CHIA seeds 1kg AKCIJA -20% 6.80€ Chia seeds - a natural source of Omega 3
This item has been added to cart.