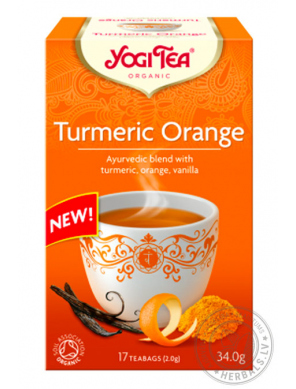 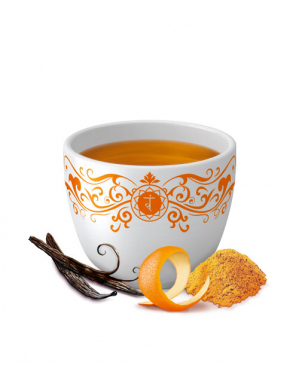 Turmeric is the star in this tea. Spicy and velvet smooth at the same time, YOGI TEA® Turmeric Orange combines the best of both worlds: robust, golden turmeric meets the mild fruit sweetness of oranges. A touch of sweet vanilla is pleasing on the tastebuds. A tea to enjoy the day to the fullest. Also delicious slightly sweetend and with milk/a (vegan) variety of milk.

The essence of this tea is: ‘Face the day and relax.‘

Pour 250 ml of freshly boiled water over the teabag. Allow to infuse for 7-9 minutes or longer for a stronger flavour.