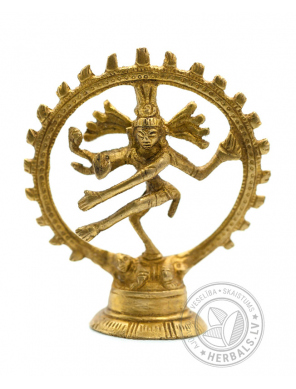 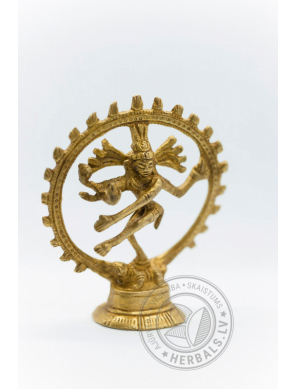 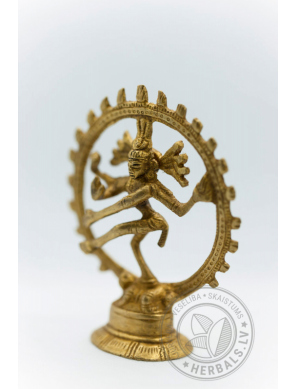 The statue of the God, Shiva performing the cosmic dance, is one of the most iconic and enigmatic symbols of Hinduism. Symbolically, the ‘Nataraj’ represents enlightened persons that have mastered their emotions, nurtured a balanced personality and understand the True Self.

In ancient symbolism, male and female energies are appointed to specific emotional and physical aspects of human nature. These are most distinctly portrayed in the four elements, earth, air, fire and water.

Shiva is the male power representing consciousness together with the elements of fire and air. His consort, Shakti is the female quality and represents energy and the elements of earth and water.

On a deeper level, the sun and the moon represent life, or creation of life on earth cannot exist without the power of the sun, and all life is born from water. The gravitational pull of the moon keeps the Earth balanced and stable.

In the “cosmic dance” of Shiva, we find the concept of balancing male and female qualities. This is defined by sun and moon symbolism (fire and water) so that we are better equipped to create the things we want in life.

The goal of hatha yoga is to bring balance to the physical, emotional and spiritual aspects of the self. It is a discipline of self-control, perseverance and strength. All these qualities are reflected in the dance of Shiva and Shakti.

What Are Male and Female Energies?

Ancient sages knew that everything in the Universe has a polar opposite. Thus human emotions and traits of character have opposing ends of the scale. The ancients also understood that we need to find equilibrium within ourselves in order to find peace of mind and clarity of thought.

The ancient magi defined sets of emotions and personality traits that mostly resembled members of the opposite sex. You can check out a useful list on fromthestars.com, but as a quick example, doing and being, analysing and intuition, aggression and surrender are all opposites that can be classified as mostly male or female traits.

The dance of Shiva and Shakti is sometimes called the ‘Dance of Bliss’ as its purpose is to bring both the masculine and feminine sides of your character together. And by doing so, you will find balance and harmony.

Whatever we do in life, and the manifestation thereof is powered by our male and female energies. Everything we do is consciousness – whether we are consciously aware of what we are doing or not. Energy is how much effort you put in and the rewards you get out.

You may have heard of the expressions (or something similar), “what you give is what you get,” or “the more you put in, the more you get out.”

This is the essence expressed in the dance of Shiva and Shakti. The combination of consciousness and energy ultimately manifests as reality.

We should also consider the triangle of manifestation at this point. To take an idea or desire (consciousness) and turn it into physical reality (manifestation) requires thought emotion and action. Thought, emotions and actions are all energy.

Therefore whatever energy you put into something, be it positive or negative (attitude/thought), a little or a lot (will power/action), love or hate (emotion) will determine the outcome of your physical reality.

The symbolic gestures of Shiva in the statue reflect the five powers you require to master emotions and manifest conscious thoughts and actions.


Symbols of the Siva Nataraja