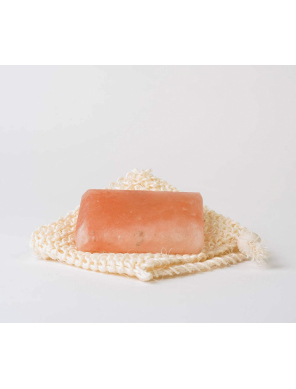 Himalayan salt soap against odor
add to wishlist
Code: 7074 3.50€ Himalayan Salt Soap-antiperspirant
The Himalayan mountain range stretches across Asia passing through China, Nepal, Myanmar, Pakistan, Bhutan, Afghanistan, and India. Most people associate the Himalayans with Mount Everest, the highest peak on this planet, but here is something new to think about- salt.

• Soap made of Himalayan salt and it's non-foaming

• Soap helps to combat problems such as acne, warts, calluses, regulates the pH level of the skin and maintains its natural moisture

• If it used as a deodorant soap, it will effectively combat odor that was caused by bacteria without clogging pores and allowing the skin to breathe

INDIAN SOAPNUT POWDER 9.30€ Natural vegetable detergent, eco wash for all types of fabric
This item has been added to cart.