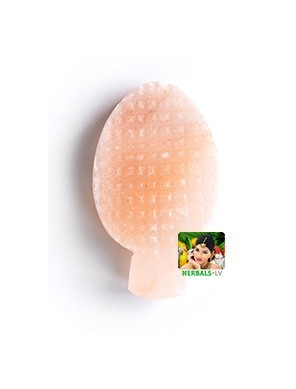 Gorgeous natural body scrub
add to wishlist
The Himalayan mountain range stretches across Asia passing through China, Nepal, Myanmar, Pakistan, Bhutan, Afghanistan, and India. Most people associate the Himalayans with Mount Everest, the highest peak on this planet, but here is something new to think about- salt.

By using this body scrub it's not overloaded of harmful substances, it slows the aging process, normalizes body functions, the skin becomes more beautiful and fresh. Moreover, through the pores harmful substances are naturally derived.


Peeling recommended twice per week. After a hot shower, gentle massage it to the skin. Thanks to oil, which is part of the peeling you don't need to use the cream for the body after the procedure!

INDIAN SOAPNUT POWDER 9.30€ Natural vegetable detergent, eco wash for all types of fabric
This item has been added to cart.