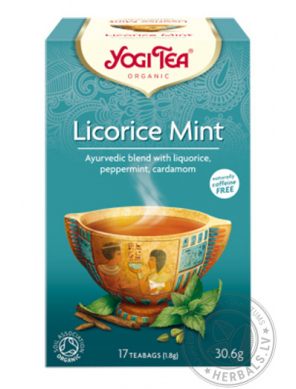 Refreshing cool mint, delicious warming spices and the sweet taste of liquorice. Opposites attract, which makes this tea so delicious and interesting. It's a sweet thing. Long live the difference. The subtle message of this tea is: "Balance of the senses in turbulent times."